Home The Sentinel Reports Navratri: ‘A tale through then and now’

As the world is being ravaged by the coronavirus pandemic, Navratri is upon us once again, and with it arrives nine days of festivities and a much-needed respite from the negativity that surrounds us. For us, Navratri meant week-long mass bunks, a happy and much needed break from academics; an excuse to go back home and spend time with our families. However, this year, the outside world has gone into an indefinite hiatus and our lives have gone virtual for the most part.

The legends surrounding the festival of Navratri are many but the most prominent one is the story of Mahishasura. According to this legend, the evil demon Mahishasura was smitten by the beauty of goddess Durga and asked for her hand in marriage. Goddess Durga agreed to his proposal but on condition that he defeat her in combat. Mahishasura was more than willing to engage Durga and fought with her for nine days. Finally, the goddess decapitated him on the night of the ninth day, symbolising the victory of good over evil.

Just like the varied legends surrounding the festival, there are several regional customs associated with the festival. One such custom is the Durga puja. It is celebrated from the fifth day of Navratri when, according to legends, goddess Durga leaves her heavenly abode to visit Earth. Effigies of the goddess are made by local artisans and the five days are celebrated with great pomp. Regardless of varied customs, Navratri is an occasion for joy to all, as it is the time when families and friends gather, exchange sweets, wear colourful clothes and dance through the night as is the case with Garbas conducted in Gujarat, or Bathukamma in Telangana.

Navratri is also associated with shopping sprees, when shoppers and revellers throng the streets, the air wafting with the smell of sweets. This year, however, social distancing has become the norm. Wearing a mask has become mandatory and a sense of paranoia grips everyone as people step into the streets. Restrictive measures have been imposed to keep people in their homes, and the streets are unusually deserted and shops shuttered this time of the year. However, people have not given up just yet. Many have managed to circumvent the constraints and managed to celebrate Navratri even in these hard times.

Videos of doctors dancing to Garba songs in PPE suits to boost the morale of COVID patients have flooded the internet. Garba, which used to be an event of a large congregation, has gone virtual in response to the pandemic. Many have decided to host small parties and play Garba with their close friends and relatives. Even pujas have gone virtual since it has become difficult for people to gather in large numbers.

And to combat shopping sprees, many have resorted to online shopping to buy new clothes and send gifts to their friends and relatives. Even distributing sweets has moved online. Festival sales are predicted to cross 7 billion USD in Gross Merchandise Value according to a report by Redseer.

In South India, Navratri is often celebrated through a custom called Gollu. Gollu is the festive display of dolls and figurines placed on an odd number of steps, sometimes having an overarching theme, often depicting the stories of gods and goddesses. The pandemic forced many to use their ingenuity to devise makeshift dolls using resources at their disposal. Some even turned to sell their dolls online and were greeted with large sales.

The pandemic has changed the way festivals are celebrated. It has shown how tenacious people are when it comes to celebrations, and we have seen multiple examples of the same for the past few months.

The nation was in complete lockdown during Easter, and so churches resorted to live streaming the Easter mass on Youtube and Facebook. Meanwhile, in Kochi, it was telecast to ensure everyone could celebrate a virtual Easter. Holi was conducted on a small scale, as the pandemic started to unfold and cases began to hit India. Many people played the festival of colours wearing masks while others were paranoid about the spread of the new disease and limited themselves to conducting small pujas with friends and family.

During Ramadan and Eid-Al-Fitr that followed, all places of worship including mosques were closed. Many resorted to praying at home and spending Iftar with their families or with friends on Zoom. There was an increase in the number of cooking videos and do-it-yourself content as many people attempted to cook traditional meals at home.

Raksha Bandhan did not face much difficulty in adapting to the new situation. Siblings living apart ordered gifts online and sent money with the press of a button, followed by unboxing and reconnecting through virtual calls.

People continue to come together to celebrate, defying the odds, despite the darkness that fills the world and the sense of paranoia that lingers in the air. We have shown that, through perseverance and ingenuity, we can always find a way. Therefore, in the spirit of the eternal triumph of light over darkness and the persistence of mankind, we wish you a very happy Navratri!

-Written and curated by Saivishak Saikumar and Ayman Shaikh 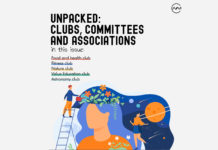 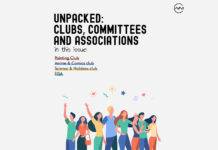 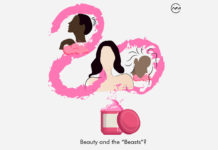 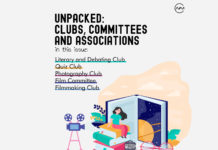 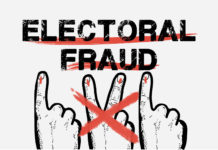