Home The Sentinel Events Behind the Scenes of ‘Devathon’, NITW’s largest Coding Event

Devathon, an event whose name has been coined from ‘Developer’ and ‘Makeathon’; conducted its 2019 edition from 14th– 15th September. Previously a WSDC-dominated event; this year, the event underwent great expansion due to a successful collaboration with CSEA and funding from TEQIP-3. A coding-league type of competition which spans over a fierce and compact time-frame of 24 hours, its primary purpose as sought by the OC was to encourage students to gain practical experience by applying their skills to solve problems pertaining to the college and increase senior junior interaction. The secondary reason being, a shortlisting process to select the next team for WSDC 2019-2020 who shall take up the mantle in the upcoming years.

Citing several reasons like publicity, larger team-force, logistics and event conduction, WSDC and CSEA decided to conduct it in unison, and the results showed for the better because a previous count of 15 teams has been upgraded to a mammoth number of 40 teams. Preparation began 2 weeks prior, the first round based on the responses collected through WSDC portal. The constant hype was built up by CSEA through direct classroom interactions.

“We received quite a lot of applications and had to shortlist around 160 people from more than 500 applications,” said Abhay Swaroop, senior lead at WSDC. These selected individuals were then grouped into teams of four for further testing.

The event began at 8 p.m. with the inaugural ceremony held at B.R. Ambedkar Learning Centre auditorium, following which, students were shifted to classrooms present within the same building, where they spent the remainder of their 24 hours. Provisions like bedding, snacks, drinking water and other essential supplies were provided. The event officially began at 10 p.m. and 3 regular checkpoints were carried out at 2:00 AM, 9:00 AM and finally at 3:00 PM on Sunday. Alumni, Sushrut Kasture (Arcesium) and Archit Kansal (Google), were present as mentors throughout the event and the organising committee consisted of all 9 WSDC leads and the CSEA team.

Interestingly, among the several options of problem statements (there were 5 for Web-Dev and 3 for Android App-Dev), one was about creating a code which would scan the barcode on our ID cards during exit and entry at the main gate to replace the old laborious system of registry writing. A similar version was to keep track of incoming and outgoing visitors on campus, their duration spent; and to systematically record the student registered bikes on campus.

“There were problems for both Web Development and Android App. For android app, they were asked to create an attendance app where faculty could directly mark their attendance, contrary to how they do it currently using the register. All the problems were centered upon solving/improving different aspects of the campus life, addressing some commonly identified issues.” said Abhay.

Coming to the selection of winners, OC insisted that the solving of the problem statement or completion of the code was not the only factor involved in determining the winners,

“We had a set of rubrics, although completion was one important factor, it was not the only reason. We had realized that assembling a team in terms of their skill would lead to freshers being placed with seniors to ensure a team would be balanced, and to make it a little convenient, every team had someone comfortable with coding. Keeping that in mind, there were several factors like collaboration, consistent effort, the overall approach to solving the problem, whether all possibilities were exhausted and errors where their solutions might fail were considered, how concrete their plan is, were also included.” stated Abhay.

Little snags in event organization like an unexpected CSE minor which caused several students to withdraw from the event had to be resolved by receiving permission from the respective faculty, as well as replacement of no-show contenders with other applicants were carried out effectively by the OC.

When questioned whether the solutions to the problem statements will ever be implemented in NITW, “If they have a partial solution then we will ask them to continue working on it (if the team gets recruited), and have some more people working with them. These problem statements are things that WSDC is planning to do next. So, it was to give them a taste of what the work will be like.” responded Abhay.

Upon announcement of the commencement of evaluation, students who had left for their rooms were asked to return via the WSDC and CSEA Facebook page. A talk by the alumni, Sushrut and Archit was also conducted where they gave an introduction to development and shared experiences of their respective offices, as a way to boost people’s morale and encourage networking with better-off alumni. Devathon’19 finally concluded with the announcement of winners by the judges Sushrut, Archit and CSEA’s Treasurer Dr. P.V. Subba Reddy and additional interviews for the final few selected teams for inducting them into the WSDC team. The first prize awarded was headphones for each of the four members while the runner-up team received earphones as their reward.

“The Wi-Fi could’ve been better, we did request for routers to be available in the area but the connection was not satisfactory, we received complaints regarding the WIFI. And after resume shortlisting, we received several requests to be a part of the event, but couldn’t accommodate more people. We wish we could give this experience to more participants who could have benefitted from it.” explained Abhay, talking about the areas where Devathon could have upped its game.

Summing up his final thoughts, Abhay lauded the effort by both organizations in executing this large-scale event which if conducted every semester would help students garner practical experience, “During the inaugural as the director said, ‘There are some things that you simply cannot learn from books, you need to jump into the field to learn from the experience of it’. So that’s what we tried to give the students – a flavor of things that are to come when they enter the industry and help them in their shift from books into the real life.”

Thanks to Abhay Swaroop for doing an interview with our team. 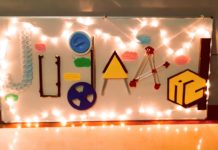 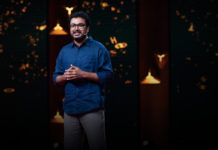 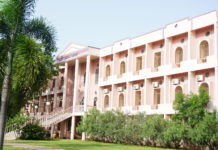 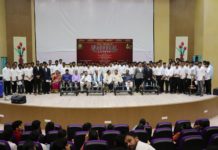